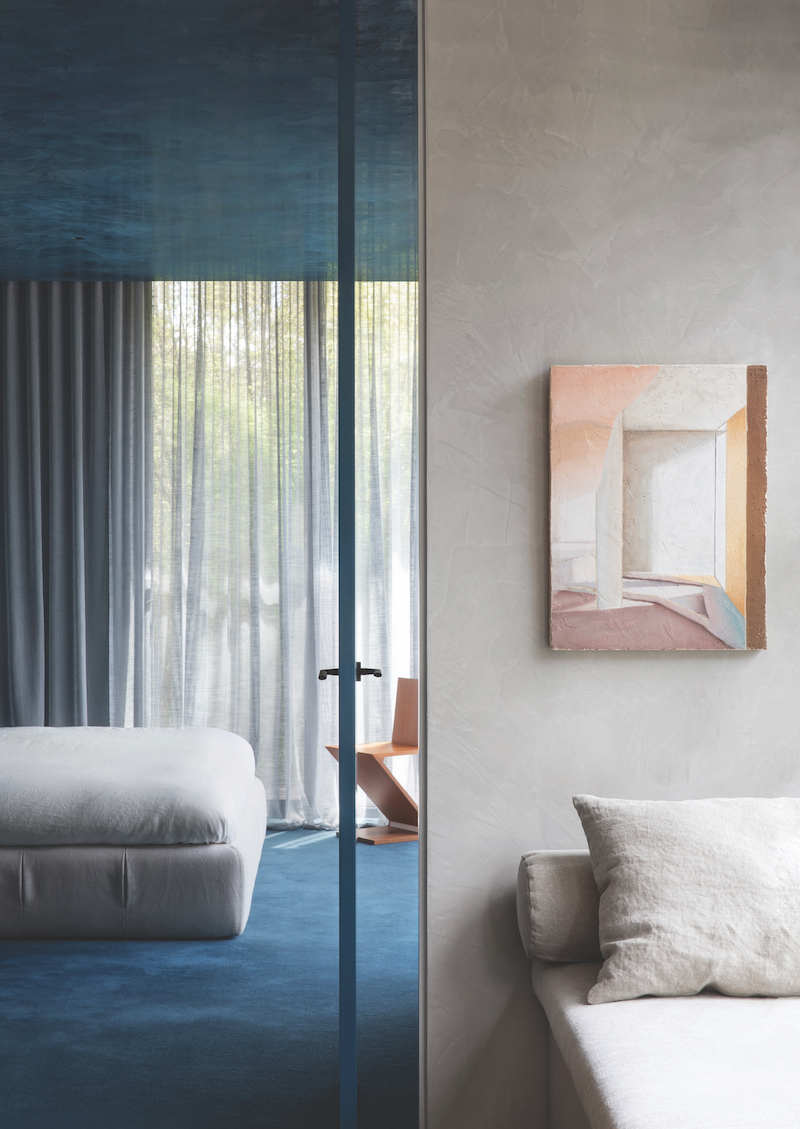 The geometry of Mason Kimber’s Afternoon 9 draws you into the master bedroom.

Having worked with the owner on a previous project in Victoria’s picturesque Yarra Valley, interior designer Chelsea Hing says the pair enjoyed a “kind of short hand” when it came to selecting finishes and furnishings, as well as the placement of artwork. Chelsea’s approach was to work within the existing architecture but inject a more sophisticated tonal palette to lend a certain substance and gravitas to the home, while still keeping things family friendly.

“We selected [art] pieces that we felt suited the strength of the house, that stretched our client’s taste and opened a dialogue with the furniture,” she says. “This house presented an incredible opportunity to play up the idea of house as a gallery space, but with a beautiful lived-in vibe.”

With an existing Indigenous collection to work with, Chelsea was tasked with sourcing and curating the rest of the Orchard House art. She worked closely with Melbourne’s Sophie Gannon Gallery, Daine Singer, LON Gallery and Modern Times to source and commission contemporary Australian works that would complement the home’s avant-garde aesthetic – and at times even direct it. Such direction is gracefully illustrated by the large Judith Wright hanging in the living room. The work’s swooping organic curves reminiscent of the artist’s ballet dancing background are elegantly echoed in Edra Sofa and undulating Baxter Armchair. “From the get-go I had a vision of the living space with the large Judith Wright work, it could be nothing else!” says Chelsea. “I feel privileged that the client trusted us so implicitly to pull it off. It’s the hero of the living space.”

The use of large-scale works like the Wright is just one of the tricks up Chelsea’s sleeve when it comes to the placement of art in delivering beautiful, character-filled homes. Another is to select pieces that will challenge and surprise her clients, “as that brings an energy to an interior like nothing else will”, she says.

Such unexpected surprises in this home include a large, bright Caleb Shea sculpture giving form and fun to the patio, and a circular moulded oil painting by Ryan Hoffman sitting pretty above a similarly blue-hued and sculptural Tufty-Time Sofa from B&B Italia in the study. In the kitchen, Alice Wormald’s bold abstracted oil on linen in jade and emerald sets the jewel tone for cabinetry in the same hue, as well as a Gubi Bench Seat, Moooi Dining Table and Walter Knoll Armchairs in deep reds and maroons. The whole look coherently finished with an aged brass sculptural pendant light.

In the master bedroom, Chelsea chose to dial down the sun-drenched space via a moody blue box in custom polished plaster. The effect is set off by a striking Modernist house photograph by Tom Blachford, which hangs above the bed between brass and black wall light fittings. At the entry to the master, Mason Kimber’s acrylic, sand and lime plaster work beautifully resonates with its plaster-finished surrounds. Kimber’s practice engages with the social dimension of architecture, so it feels right at home in a space driven by architecturally designed intimacy and beautiful liveability.

With furnishings and art placed in these sophisticated spaces with consideration and care, Orchard House lives up to its lived-in gallery ambitions, and is sure to provide long-lasting pleasure for those who call it home. 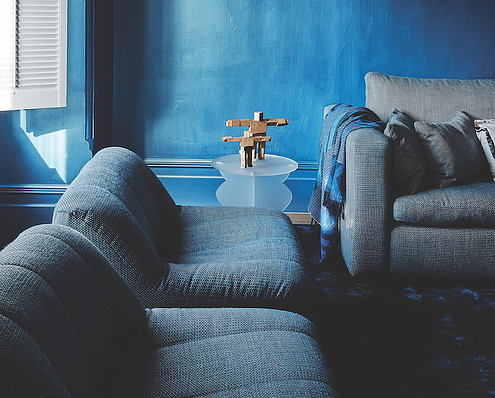 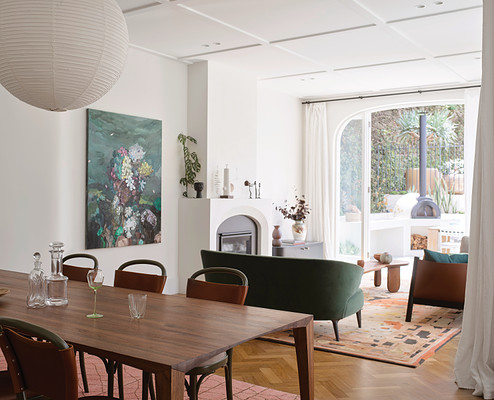 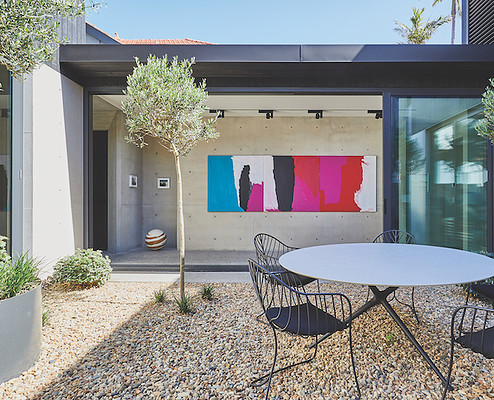 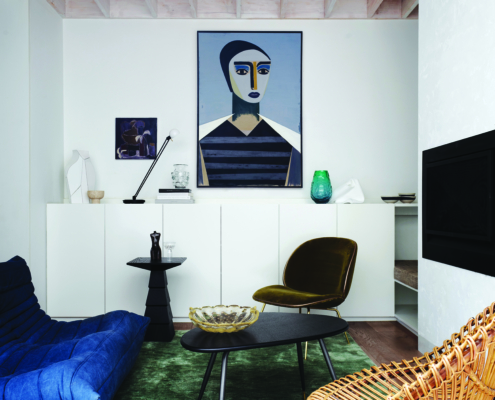 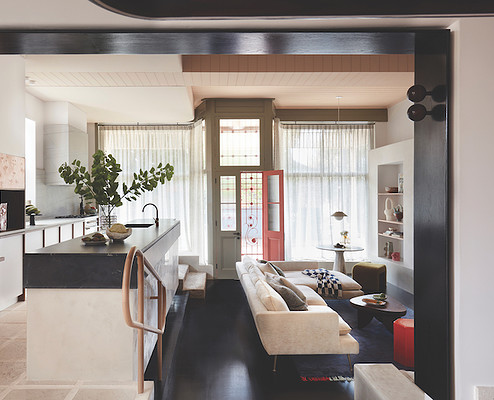 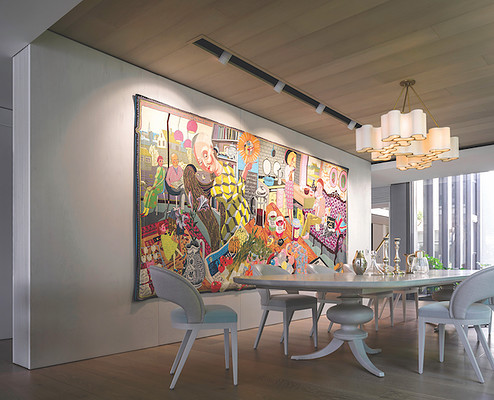 Project Sheet: Home is Where the Art Is
Scroll to top