THE ART EDIT TEAM TAKES A CLOSER LOOK AT THESE ARTWORKS “I’m influenced by the imperfections of the world and seeing them in a different light,” explains Vieri Landini, a Sydney-based artist and interior designer. At first glance, the meaning of Flying Solo is ambiguous, with its inclement sky, drips of paint, and the contorted figure of a man in the foreground. But there’s no need to overthink it. The work’s subject matter, according to Vieri, is simply “self-love”, and he painted it to inspire courage to do things alone. Within this context, the viewer comes to understand that the suited man is perhaps reveling in his own company; moving to the beat of his own (non-existent) drum on an improvised dancefloor. A flock of seagulls swirling overhead are curious witnesses to his spontaneous performance. “I do paintings of people to start conversations of underling issues in society,” says Vieri. Whether the issue depicted here is one of conformity, co-dependence, loneliness, or something different entirely, it is left to us to unravel. 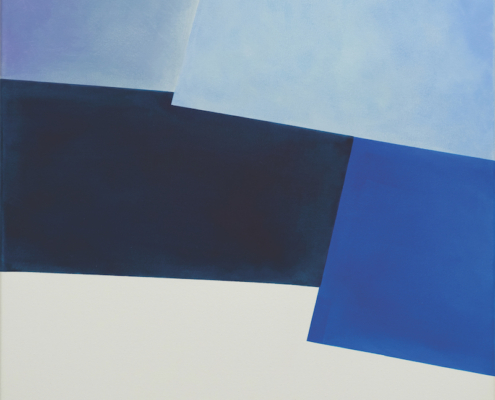 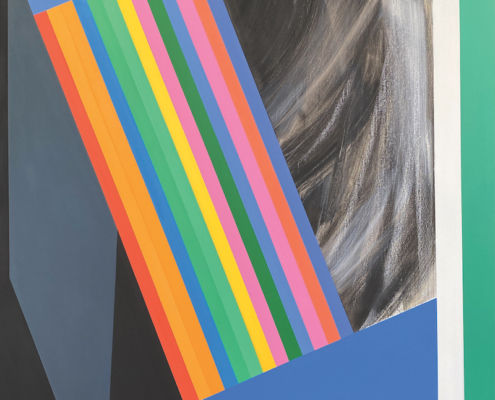