The interior architecture of the house is both ordered and geometric.

“The client saw himself as a custodian of this piece of architecture and gave us a blank canvas for the decorative and softer interior elements to complement the architectural spaces,” says Alena Smith, interiors team leader at Smart Design Studio. The client had an existing art collection and the studio endeavoured to display each work where its scale, colour, detail and texture could be seen in the best light.

Smart Design Studio revived the luxurious living area and added neutral-coloured furnishings with a touch of sheen for glamour. Flowers by Tim Maguire and Untitled (Kelly) by Sidney Nolan enrich the colour and warmth of the space, layering saturated red, rust and pink on the deep red walls. Chris Langlois’ Clouds, a custom commission to conceal the television, is an epic and moody black-and-white composition through which the light still shines through.

Through the double doors of the living room, Kate Turner’s beautifully textured Two Water Scenes hang on the light-blue entrance wall. Here they can be viewed from the living area as rather than only from the side in passing, as if it’s borrowed wall space. The designers had the artworks reframed in white, adding to their depth and lending them a different scale. “It brought out the golden hues and textures, which are amazing in the light,” Alena says.

Magnolias by Adriane Strampp hangs in the master bedroom with its soft lilac walls. It’s positioned low on the wall as part of a corner vignette, its green and rust tones picked up in the furnishings and linens. The painting is reflected in a large mirror across the room, alongside which three small artworks by Alexander McKenzie play with contrast of scale.

Eduardo Santos’ expressive, nature-inspired The Moment III hangs in the stairwell. Smart Design Studio selected the painting for its colour and movement – a visually dynamic addition to the home when viewed across the dining room and kitchen; its thick and rough three-dimensional texture appreciable when seen up close from the landing.

“The client loves that the architecture of the house is very ordered and geometric, and the artworks are an opportunity to add layers and personality to the room,” says Alena. Tusculum still has wall space for new artworks, and visiting galleries has since become embedded within the client’s lifestyle. 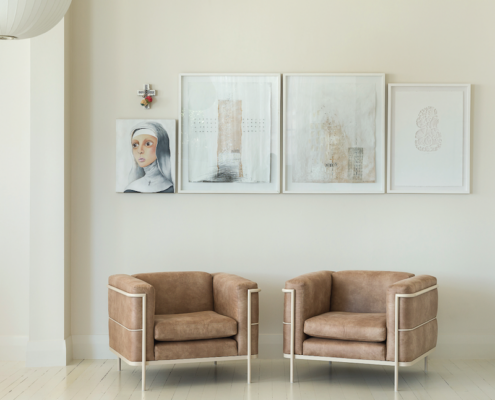 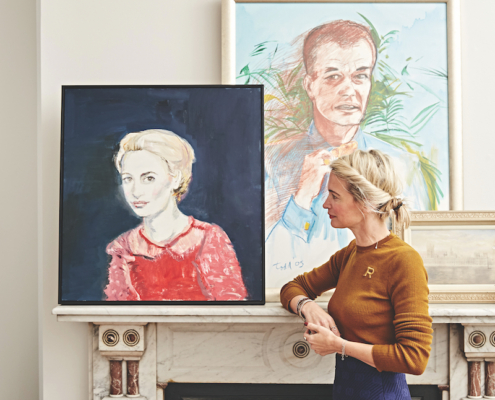 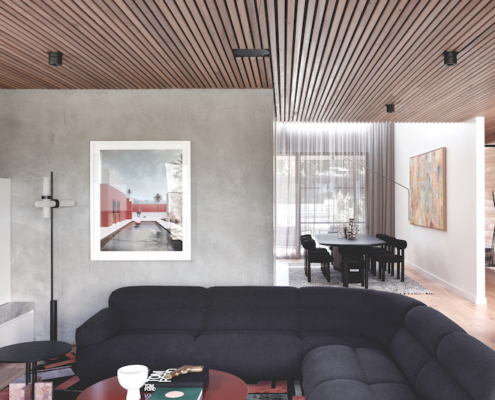 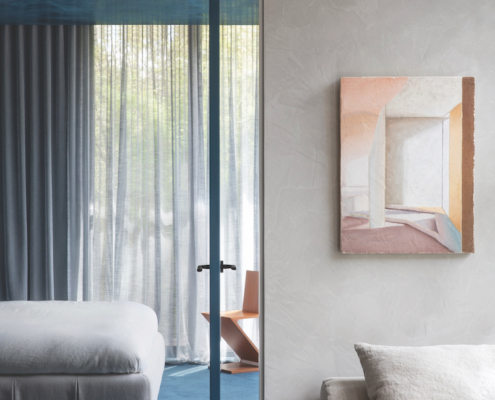 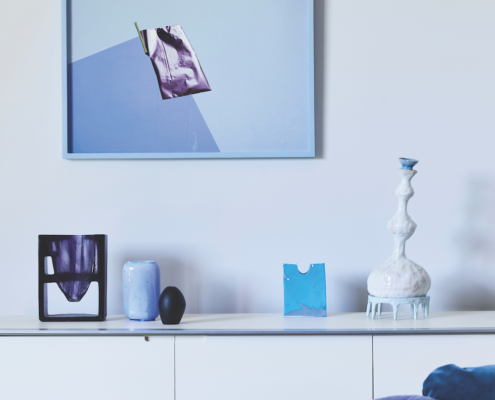 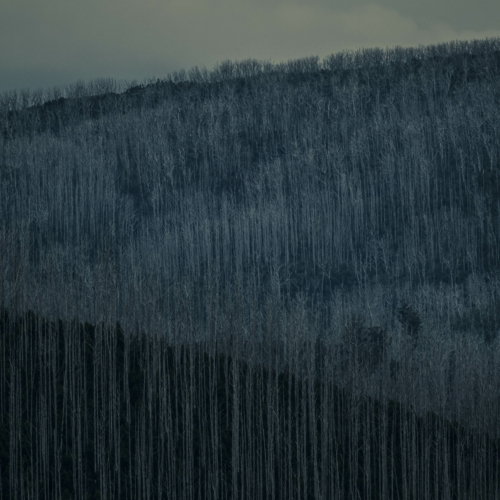 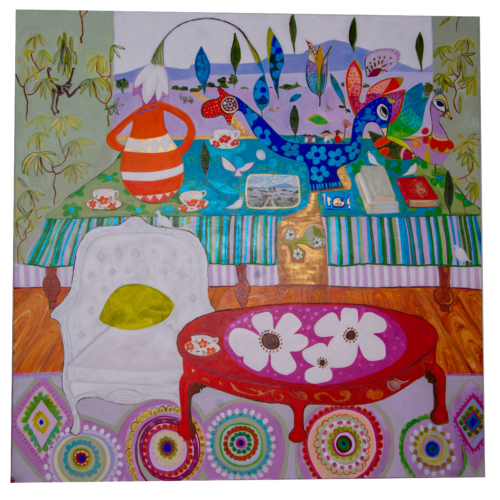 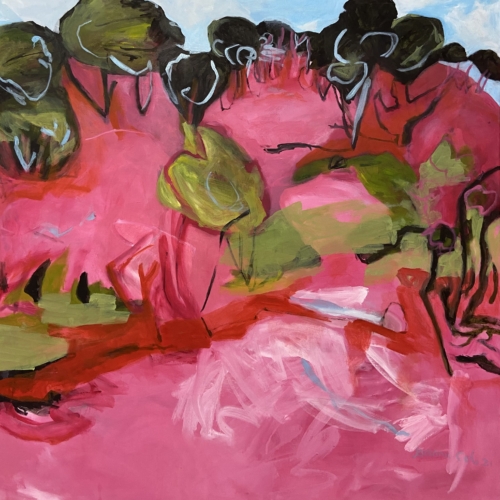 Buyer’s Guide: The Art of Moving
Scroll to top