There is a luminescent beauty imbued within the work of Australian artist Petrina Hicks. A former commercial photographer, Hicks is now drawn to portraiture, with women and animals among her favoured subjects. Unlike the historical portraits of women designed specifically for the male gaze, Hicks’ subjects avert their eyes or hide their face from view, denying voyeuristic intentions and keeping their power for themselves.

Fantasy and mythology are key features in Hicks’ imagery, and her prior experience in producing photography for fashion and advertising contributes to her current pared back and elegant aesthetic.

A palette of pale pastels and animals connected to potent symbolism consistently appear in her visuals – pythons, cats and wolf-like dogs – adding a primal element to the mood she conjures. “I’m interested in the longevity of myths and symbols, and how they reappear throughout history as recurring themes and archetypes,” Hicks says. “I have a real love of ancient history, mythology and fables, and at the centre of this is female and animal mythology. I find it is really rich material to draw upon.”

Admitting she regularly goes through art crushes, Hicks has recently been obsessed by the 1930s Vivex colour photography of English portrait artist Madame Yevonde, pastel ceramic sculptures by Genesis Belanger and the poetry of Sylvia Plath. Plath has been a long-term influence for Hicks, with her poetry featured alongside the artist’s images in the monograph, Bleached Gothic, published by the National Gallery of Victoria in 2019.

Hicks’ latest body of work, Fly through the candle’s mouth like a singeless moth, takes its title from a line in Plath’s 1959 poem, Witch Burning. Evoking witch hunts and trials scattered throughout history, Plath proposes the witch burning at the stake is a metaphor for self-transformation – the burning away of a false self to reveal the truth beneath.

Thinking about how powerful women across history have been perceived as witches and consequently persecuted, Hicks takes a deep dive into the mythology behind figures like Joan of Arc and Anne Boleyn and compares it to how contemporary women of power have been portrayed in the media. “In these images, I’m looking at the witch archetype and trope, the figure of witch as Other and as a feminist symbol,” Hicks explains. “There is a quote by Virginia Woolf in A Room of One’s Own that says any woman ‘born with a great gift in the sixteenth century would certainly have gone crazed, shot herself, or ended her days in some lonely cottage outside the village, half witch, half wizard, feared and mocked at.’ Women behaving outside the social scripts at that time were often labelled a witch, as monstrous or nonhuman. Fast forward to today and we see women in power cast much the same – Hillary Clinton, and closer to home, Tony Abbott’s 2011 Ditch the Witch campaign against Julia Gillard.” 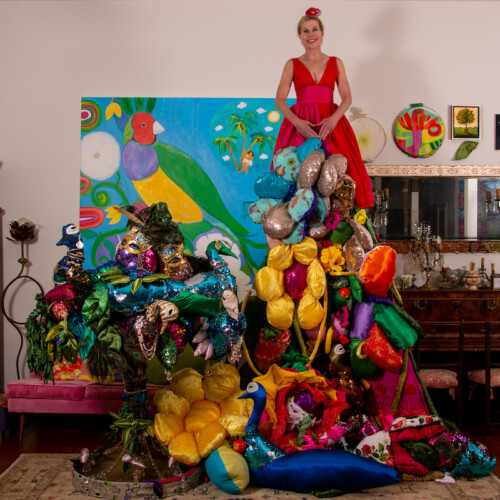 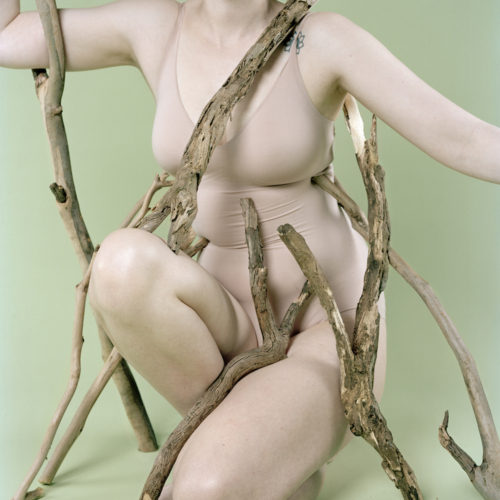