Living with Art: A Moving Feast

In a careful balance between sentimentality and necessity, the converted warehouse apartment of collector Daniel Varcoe is a hotbed for contemporary art and design. Rose of Sharon Leake chats to Daniel about his ever-changing collection. Photography by Samuel Hartnett.

There are two main reasons an art collector does what they do: for the love of the art, and/or for the financial investment. For Daniel Varcoe, an Auckland-based art collector and Design Development Manager of Fisher & Paykel, his motives are a playful balance between the two. “My collection started as a bit of fun to colour the walls,” he tells me over the phone, “but the selling of art became a reality due to a lack of physical space and changing tastes.”

From the outset, Daniel seems quite pragmatic about his collection. He delves into the practical logistics of the importance of storing an artwork properly, along with the careful and extensive research required when buying and selling a piece online. Yet his passion for art, and the artists and stories behind each piece, soon become the driver of our conversation. He tells me he was on the waiting list for a year and a half of artist Rone for the huge commissioned work which now hangs in his living room. The two perfectly placed neon works in his bathroom were part plan, part fluke. “I designed this dark colour scheme for the bathroom which really suited a Perspex work by Regine Schumann. I installed a blacklight into the room which you’re meant to have near Regine’s work. Mark Whalen’s work OK OKAY was a late addition to the space and I only discovered that it also came to life under the black light last week. I love how it’s a similar size and colouring, but completely different. Both really pop.”

Having worked for Fisher & Paykel for more than 20 years, Daniel has moved between Sydney and Auckland, buying and selling investment properties before landing on a 100-year-old converted warehouse in the Britomart district in downtown Auckland where he now lives. Bought in 2015, the apartment’s historical location as the first district of settlement in Auckland initially drew Daniel to the property. With the help of friend and interior designer Carole Whiting, Daniel soon set to work renovating the loft into a dynamic contemporary space. “Carol’s aesthetic is similar to mine,” Daniel admits. “She works very monochromatically, which I’ve adopted for this apartment. When you throw an artwork with this palette, the colour of the work pops on the wall.”

Daniel says the real beauty of his Britomart apartment is being able to constantly move everything around. “The high ceilings allow me to have large scale works, like the Rone work painted on four window panes or the big Jason Revok two-by-three metre work behind the couch.” When I ask Daniel if he would ever sell these prime-position artworks he says that while they suit his apartment now, one day they might not. “How I collect is, if you get the option to buy a piece that’s super limited edition, even if you’ve got nowhere to hang it, it’s worth buying so do it.” I suppose this explains why he has a Banksy work in storage.

While Daniel buys 80 percent of his collection online, his interest in art stems from the graffiti and street art scenes of the UK and US. “I was drawn into what was happening overseas with that culture and so started collecting a lot of that stuff,” he tells me. “When I travel, one of my favourite things to do is to walk the streets of the city – London, Paris or New York – and hunt out works that in New Zealand you can only see online.”

Today, much of his collection is dictated by his love of street art, with many of his works having elements of sprayed or dripping paint. “I’m just quite interested in the street style, how it works and how it plays out onto the canvas in an artist’s studio.”

For Daniel, and his partner Kat who often provides the final tick of approval for each purchase, collecting has become a moving feast of art and property. “I sent one artwork off to Sydney just today and received another one from Detroit soon after,” he says. “The one I received is a big Paul Kremer work which I’ve got no room for here, so I’ll leave it in its beautiful packaging for now. Eventually it will be hung in a building on a piece of land I haven’t even bought yet in a house I haven’t designed,” he laughs.

Daniels art collection is an ever-moving feast, yet with pieces constantly coming and going, he manages to maintain a perfect balance of sentimentality and necessity.

Featured image: Daniel stands on his stairwell in front of a Cleon Peterson work (left) and an Ash Keating canvas (right). Under the stairs sits a circular light work by Josh Sperling and a small sculptural work by Dion Horstmans. 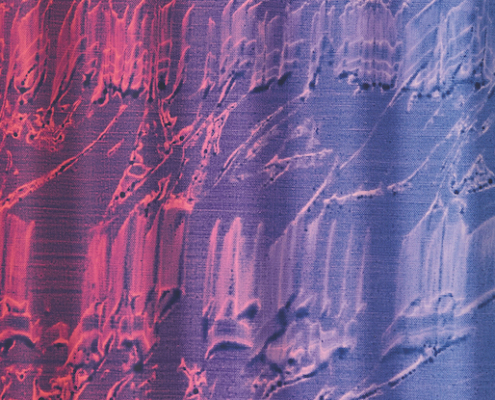 March 8, 2021
Many talented artists today manage the marketing of their own art, but they face a constant challenge in getting it seen by audiences beyond their own social media followers. See the highly commended submissions from this year's prize.
END_OF_DOCUMENT_TOKEN_TO_BE_REPLACED
https://artedit.com.au/wp-content/uploads/2021/03/9.-Taj-Alexander-CW-2.-Synthetic-Polymer-Pigment-on-Linen-Mounted-on-Corrugated-Iron.-Painted-Aluminium-Frame-50.3-x-38.4-x-4cm.-1.jpg 514 514 Maddy Matheson https://artedit.com.au/wp-content/uploads/2021/11/AE30-web-logo-1.jpg Maddy Matheson2021-03-08 12:25:102021-03-08 12:33:17Special Feature: Highly Commended from the inaugural Art Edit Self-represented Artist Award