Art Edit’s selection of artists exploring the home in all its forms. Erin Irwin writes.

Though the clean lines and geometric forms of mid-century architecture are slowly disappearing from the Australian urban landscape, they live on untouched in Sydney-based artist Eliza Gosse’s body of work. With a background in design – having initially studied architecture before shifting to a degree in Fine Art at the National Art School, Sydney, and later a Masters of Fine Art – Gosse has an eye for the intricacies of historical art movements.

Carefully delineating the angular aesthetics that define post-war design, the artist creates works that celebrate the pragmatic and utopian architectural ideals that define this period. Gosse’s practice embraces a minimalist style and a limited, toned-down palette that ensures the architecture itself takes centre stage, while also conferring a sense of historicity and nostalgia upon her dwellings. In the face of urbanisation and gentrification, the modernist desire to draw nature into the domestic space becomes increasingly difficult, and the buildings themselves have progressively been replaced. As such, Gosse’s works can be read as a social commentary on contemporary attitudes to the built environment, which are routinely disinterested in conserving the past, and the associated issues concerning economic inequalities that are exposed by the fabric of urban architecture. Currently represented by Brisbane’s Edwina Corlette Gallery and Sydney’s Liverpool Street Gallery, Gosse commemorates an iconic period of Australian domestic architecture, producing works that extol the simple beauty of mid-century design. 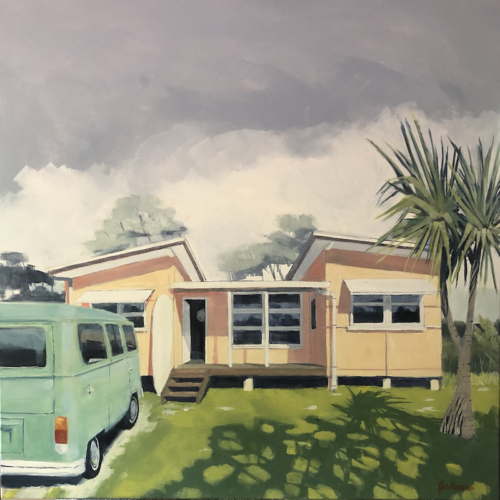 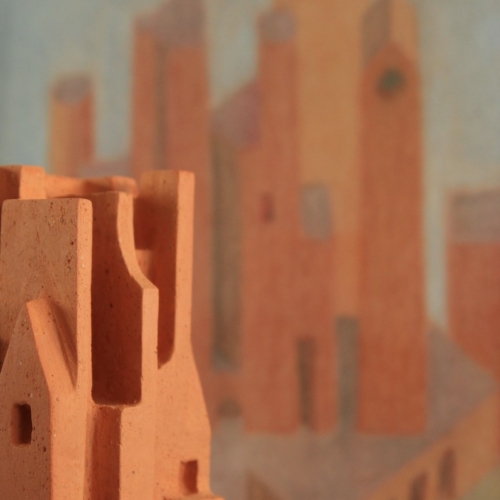 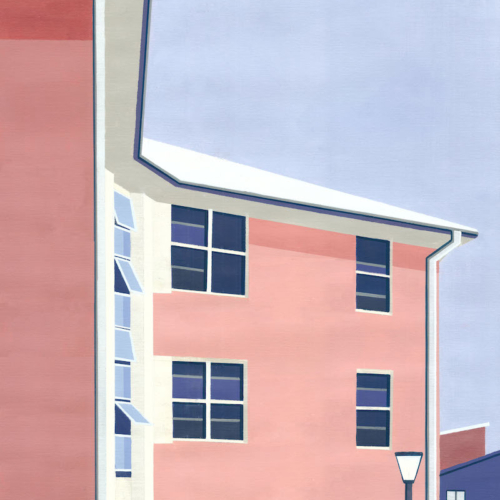 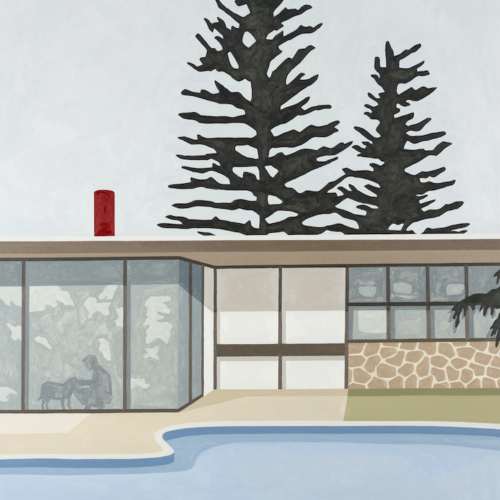 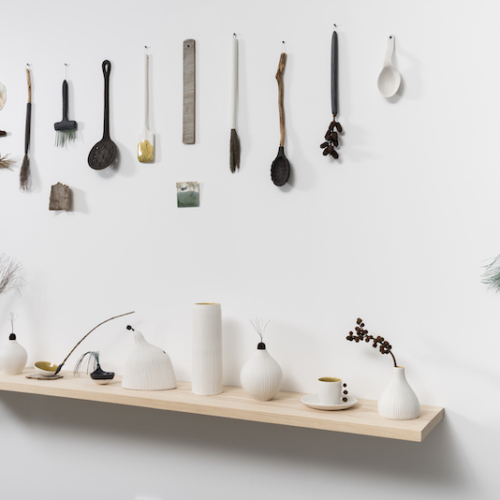