Wendy Hope is a contemporary Australian artist whom embarked on a career as a professional artist in 1995. She completed 6 years of formal training in drawing and painting and graduated in painting in 2009 from NSW University.

Hope has had solo and group exhibitions during this time including a group exhibition in New York and Bologna Italy. Her work has been featured in Vogue magazines in Paris and London in 2014-2015 and Art Edit  magazine in Sydney.

Her work involves acrylic paint, collage and line on canvas and paper. She now exhibits in her studio once a year. However her studio is open daily by appointment only. 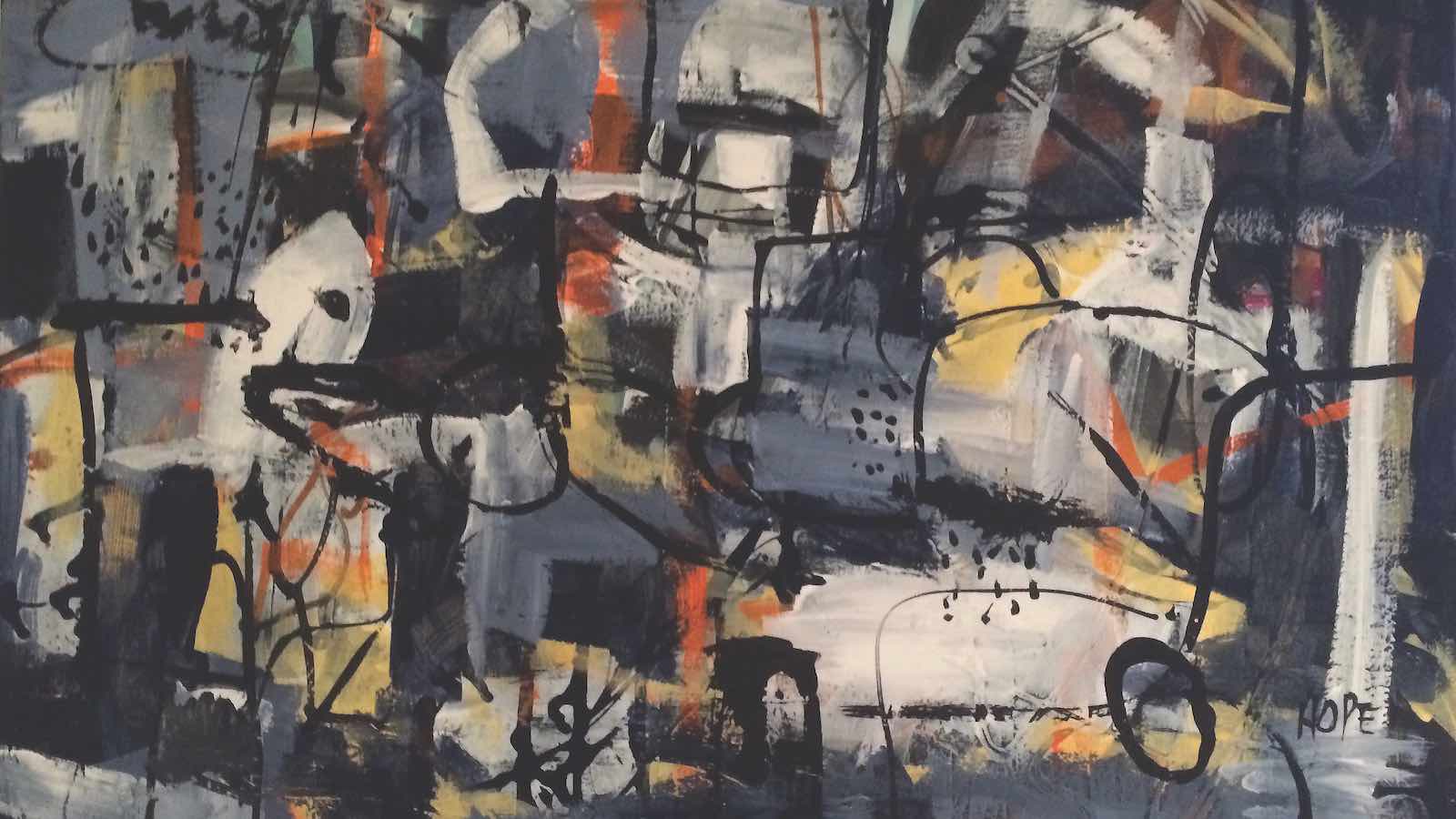