Jacky Cheng was born in Kuala Lumpur, Malaysia. She received her Bachelor of Architecture (Honours 1) from University of New South Wales, Sydney. She has since pursued her love for creating and making in smaller scales and working in the education sector.

Cheng works across several mediums incorporating her philosophy of ‘slow art’ – a visual participatory, most notably through paper bas-relief sculptures. Her introduction into the manipulation of paper was highly influenced by her elders on cultural practices and duties performed for Chinese Ritual purposes. She has since amalgamated both architectonic and visual language using papers and fibres as the predominant mediums in her practice.

Her award winning manual hand-cut paper enchantment is featured in ABC Makers and Creators segment ‘The Paper Cutter’, ABC Arts – ‘How art changed my life’ as well as numerous art feeds and articles locally and internationally. Her teaching accolades includes both state and national awards in Best Trainer/Teacher of the Year in Vocational Education and Training (VET) sector bestowed by the prestigious Australia Training Awards as well as a finalist for the Curtin University Teaching Excellence Award by Awards Australia.

Today, Cheng continues to practice and teach in the Northwest of Western Australia where she has lived and worked since 2006. 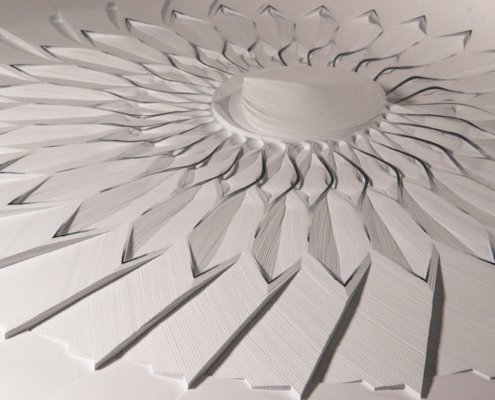