From Batman, Francis Bacon and The Exorcist to Ozzy Osbourne doing cocaine, Auckland-based artist Toby Raine takes his cues from the subgenres of the entertainment industry. Stephanie Vigilante writes. “There are a few defining moments I can recall that shaped me in terms of realising I was an artist,” Toby Raine tells me.  “One was a scene in Tim Burton’s Batman in which the Joker’s goons are vandalizing paintings in a museum; he prevents them from destroying a gruesome looking Francis Bacon. Bacon would come to be a significant influence for me.

“The other moment was watching The Exorcist for the first time at the age of nine. I believe this was the first masterpiece I experienced, and it was not even a painting.” Toby says he was obviously too young; shocked but also fascinated by it. And it still serves as a source of inspiration for the Auckland-based artist.

The artist’s themes tend to focus on entertainment or subgenres, “even superficial things like Ozzy Osbourne doing cocaine or holding a teddy bear,” he says. His work is not derived from any internal convictions, rather he responds to things that visually interest or motivate him, or things that have a sense of nostalgia.

“I choose my subjects for my entertainment, not for their psychology. I have enough personal anxieties which I do not wish to bring to the meaning behind the work; the work is intended as more of a distraction,” Toby explains.

The artist works from a studio in the basement of his house. Here he has a number of objects and tools that are typically thickly soiled with a muddy grey paint residue, as is the floor.

He primarily works from photos, sometimes several at once, then deconstructs them on canvas through gestural applications with large amounts of oil paint. He uses a variety of tools for applying paint including large palette knives, rubber spatulas and different sized brushes. Rags and paper towels are also used for cleaning brushes, spills and things that have not worked on the canvas.

“I like to have at least thirty canvases ready to go when I embark on any new body of work, these will typically be three different sizes,” he says.

Toby is currently working on a series of portraits of his stepdaughter Irene, as well as some nudes and a smattering of subjects he will always revisit like The Exorcist, Kings of Leon and Mel Gibson. He is considering addressing some more religious themes as well. “My primary motivation comes from a compulsion to make something better or more surprising than I have previously,” he says.

His work has featured in several exhibitions and art fairs including Gow Langsford Gallery and Scott Lawrie Gallery in Auckland, Page Galleries, Wellington and James Makin Gallery, Melbourne. He will show with James Makin Gallery for Sydney Contemporary later this year. 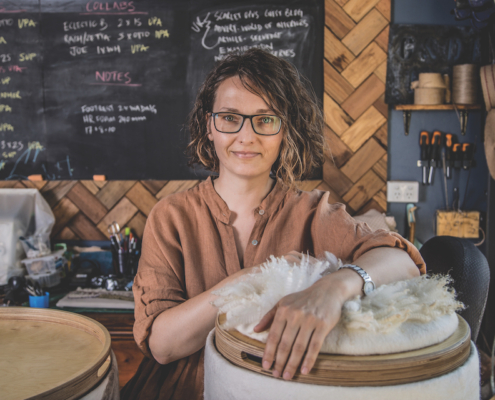 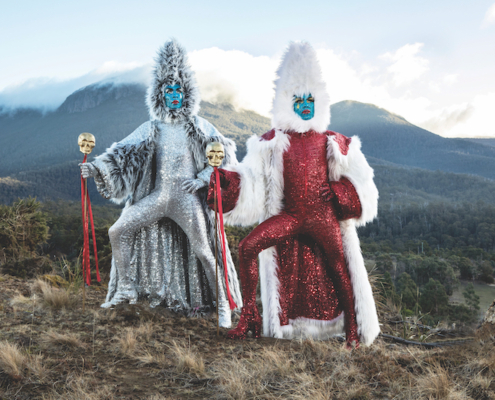 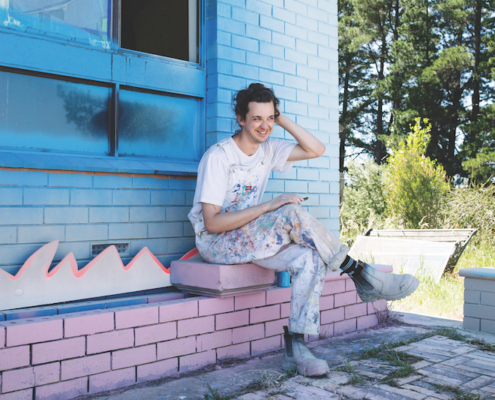