HE WOULDN’T LIKE IT but the title “living legend” does fit Ken Done. Turning 80 this year, I catch up with the painter between trips to New Guinea and the Antarctic after his morning ritual that involves an amble through the family’s tropical garden, feeding rainbow lorikeets in the pink frangipani tree, followed by a swim and a walk on the local beach that edges Sydney Harbour. A generation of Australians know Ken for the hugely successful empire he built designing and selling duvet covers, T-shirts and placemats but what is possibly less well known is that this year marks 40 years since his first art exhibition. 50 exhibitions and half a lifetime later, Ken reckons, “I’m working as hard as I can and I’m getting better”. Ken recognises he has been fortunate. Born into a loving family, he left art school before he was 17 and nabbed a succession of jobs with advertising agencies, that took him to New York and London. The companies whose accounts Ken art directed liked what he did and responded to some of his more out there ideas, including one that saw Ken and wife Judy learn to scuba dive for a Bacardi Rum shoot in The Bahamas. There was also an eventful trip to picturesque Pamukkale in Turkey, where local men threw stones at Judy who was striking a pose for a lingerie company photoshoot, clad in a bra and girdle.

Life after advertising began with a run of 12 T-shirts. The white on blue design included the Sydney Harbour Bridge, sailing boats, The Opera House and a smiling sun. Again, people responded and the Ken Done enterprise began, which at its peak in the late 1980s, included 15 stores and 150 employees. Unfortunately, the sun did not always smile on the company. “$20 million was misappropriated and we had to close the shops; the upside was that I could then concentrate on painting,” says Ken.

Along the way Ken has met and often worked with the who’s who of his time. Ken painted the 1989 BMW Art Car (following in the footsteps of Andy Warhol and Roy Lichtenstein), won prestigious fashion awards and was an Order of Australia recipient. He comments on issues from Australia Day celebrations and Olympic uniforms, to the flag (for which he has a number of design ideas). His work has graced the front cover of Hanako, a Japanese magazine, for 12 years. Ken has been a finalist for the Sulman, Wynne and Archibald prizes at the Art Gallery of NSW and two of his portraits, one of architect Glen Murcutt and a self portrait, hang in the National Portrait Gallery. Dr Sarah Engledon from the Portrait Gallery said Ken is “the only living artist who could plausibly be said to be a household name in this country”. But fame attracts detractors. Early on a critic said Ken had “not one scintilla of ability.” Barry Humphries once warned, “They’ll never forgive you for being successful”. Ken does not agree: “I was 40 when I had my first exhibition and at 40 you don’t take fame very seriously because you have been through quite a few of the hills and troughs of life. I am driven to work and produce.”

Wife of 54 years Judy and children Camilla and Oscar are all in the business. “It is like you might operate a family farm,” says Ken. It is clear the family involvement brings great joy to Ken. So, what are the plans for celebrating the big birthday? Overseas travel and another exhibition are on the cards. Typically, Ken is looking beyond the 80 marker. “I hope that in this next decade I will produce my best work,” he says, and his trademark moustache frames that well-known smile. 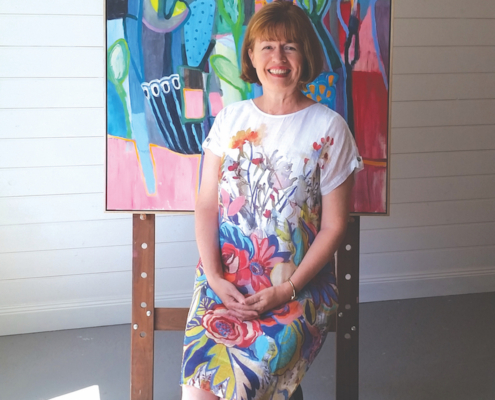 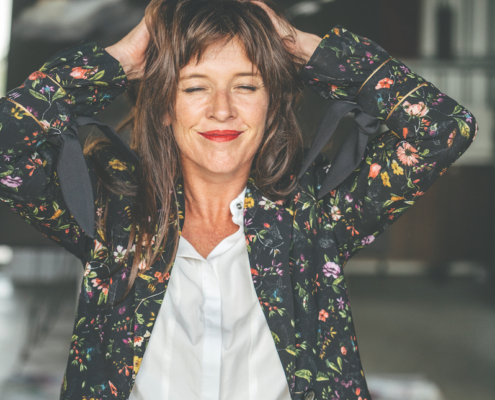