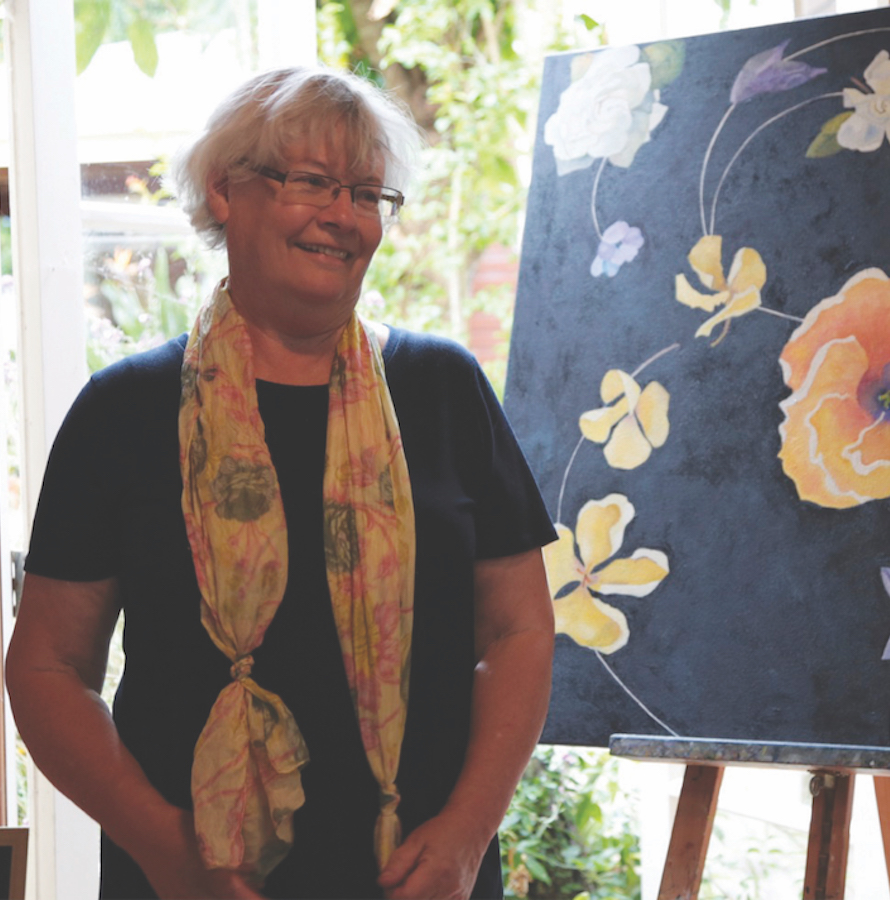 In secondary school, Jenny Bennett was discouraged from pursuing art. She didn’t say why, but it had such a profound impact that she didn’t start painting again until after she had completed a university degree. And it’s a good thing she did. In her 40-year career as an artist since, Jenny has exhibited in her home country New Zealand, won numerous art awards, participated in mentorship programs, and had work shown in art biennales stretching from Florence to London and all the way to an art expo in New York City.

Naturally, over the years Jenny’s work has evolved. She began painting in 1976, and, not afraid of experimentation went on to try everything from print making to puppetry, flax weaving, pastel work and collage. It was painting however, that she kept finding herself drawn back to.

“I paint, usually with oils on canvas, some large, some small, and I tend to work in series. I love using colours, shapes and lines to create a piece and when the work is going well it feels the decisions I make come intuitively,” says Jenny.

In the past decade her paintings have transitioned from tonal landscapes to a more vibrant palette. This shift came alongside an increasing fascination with abstraction, one that Jenny began to explore through intricate flower studies and muted paisley patterns.

Her latest suite of paintings, exhibited at The Other Art Fair in Sydney earlier this year, continued this exploration. Jenny further abstracted the paisley patterns, zooming in on them until the swirls appear like angry tentacles with flowers growing inside their veins.

“I hope that my art is a mode of communication and connection, and that it evokes feelings,” says Jenny.