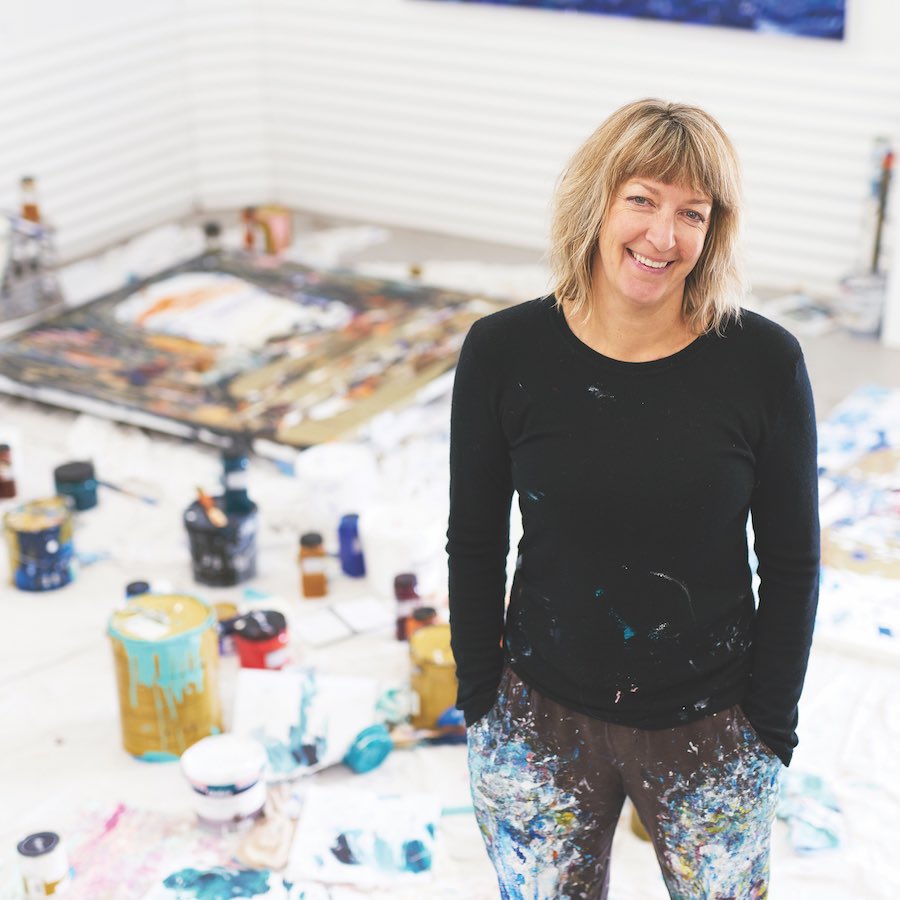 THOUGH ANNETTE SPINKS knew painting was her passion as a young child growing up in Tasmania, going to art school and being a professional artist wasn’t on the radar. It wasn’t until her own children began attending school that she finally picked up a paintbrush. Two decades later, the artist has turned a hobby into a living and boasts multiple commercial exhibitions and the support of collectors across the country.

The works are pure expressionism. Vivid strokes, splashes and drips of paint and resin leap across the large-scale canvasses to convey the emotion of the maker. Working mainly in two streams of abstract and depictions of the ocean, Annette makes each painting come alive using her hands, an assortment of tools and even by pouring paint from ladders. “My style speaks of me,” she says. “It is the unabashed enjoyment of the process, the freedom and fun.”

The energetic artist always has a few paintings on the go in her self-described “messy, creative and vibrant” studio in the town of Inverloch, South Gippsland. Nestled between the turquoise waters of Anderson’s Inlet and the rugged coastline of Bunurong Marine National Park, the studio’s surrounding landscape is her muse. Each work echoes the dynamism and movement of the sea. “There is something about the ocean, waves and the movement of water, that really resonates,” she tells me.

This June, Annette will present a major solo exhibition at Mingara Gallery on Philip Island in June, followed by an exhibition at Melbourne’s Denfair, featuring works inspired by the wild coastline of the Tasman Peninsula. As if that wasn’t enough, the artist will return home to graduate to a new gallery and studio space on the main street of Inverloch. It’s safe to say, she’s earnt it.